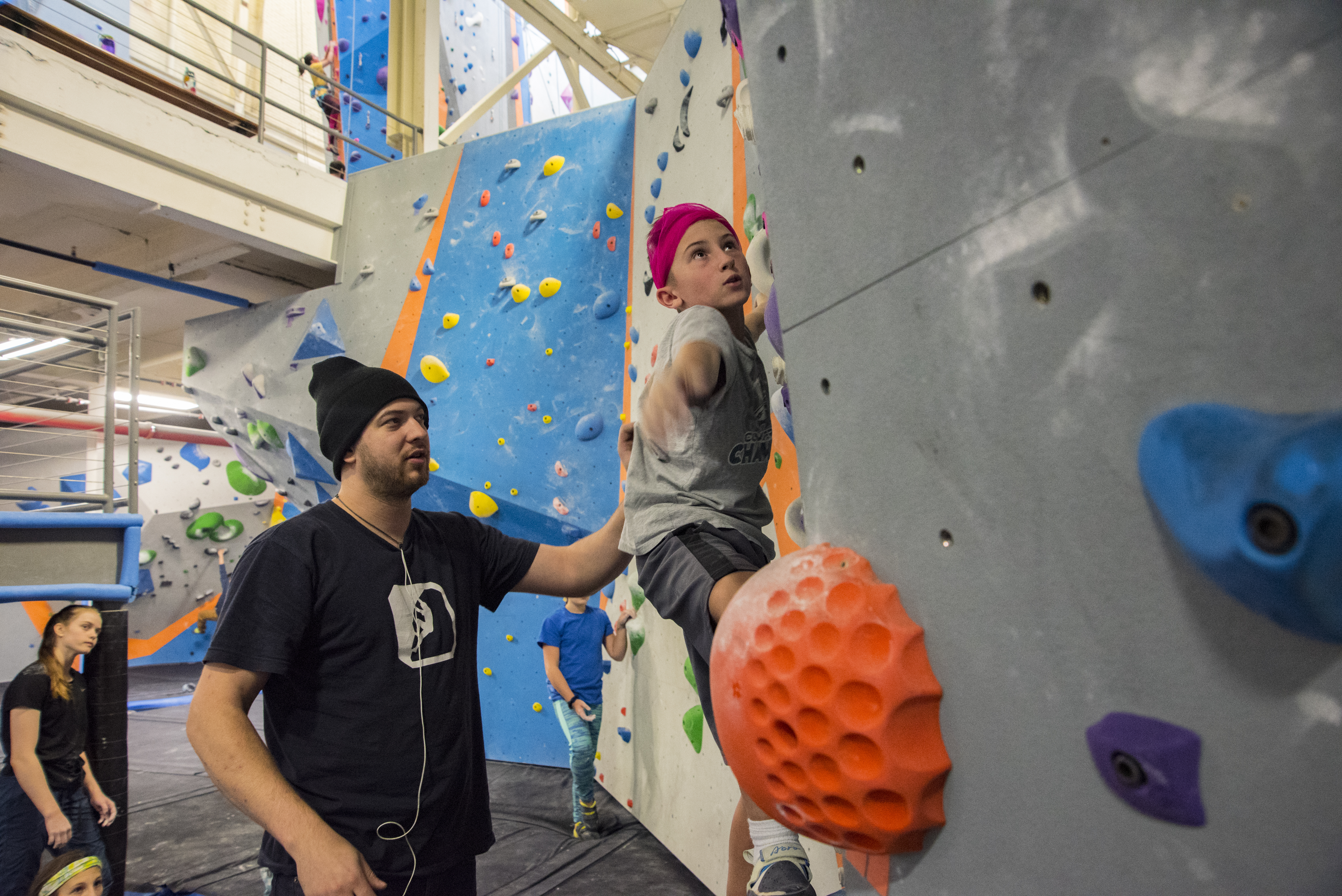 In a small rock climbing gym in Albany, New York, a 2-year-old learned to take his first steps. Little did the gym owner and mother of the 2-year-old know, he would be walking into the world of rock climbing then slowly climb to the top of the sport.

Surrounded by holds and boulders since his days in diapers, Evan Race would naturally become a gifted climber through his adolescence. Others recognized this and followed him.

“You could tell right from the get-go that he had some incredible leaderships skills,” said longtime friend and 10-year climber Ben Kneeland. “Based off the way he always treated people, his ability to just get along with everybody and to always be the best at climbing. It was uncanny! I had never seen anything like it.”

Like any other teen, Race had his share of problems. However, acne and school were the least of his worries. At 16, he was diagnosed with Crohn’s disease, an inflammatory bowel disease that causes severe diarrhea, weight loss, and malnutrition to name a few things.

“I was super thin and wiry,” said Race. “I took a lot of time off school, and I climbed a lot.”

He eventually dropped out of school during his senior year but didn’t let the disease stop him from tackling some of the hardest outdoor bouldering problems in the North East.

“He was eating Reese’s Peanut Butter Cups because that’s the only thing his body can really eat. He can’t have any fiber,” said Kneeland. “So he’s trying to find stuff to eat, and he’s eating this garbage. 115 pounds with a poop sack hanging on him and he’s crushing V13.”

Race climbed for years before a series of injuries in his early 20s caused him to finally descend from the top of the climbing community. He bounced around the nation and helped establish multiple climbing gyms by creating bouldering routes ranging from the most basic V0s to some of the most difficult V13s. He eventually returned home to New York as the head route setter at Central Rock Gym Syracuse where he works with climbers 11 to 16 years old as the competitive youth climbing coach.

Climbing through his childhood translated smoothly into coaching the kids. He says that it benefits to have a teacher who can describe how and why things work.

“I think he’s a really good coach because he has a lot of experience,” said competitive climber Eli Klein, 14. “And he knows how to help us because he’s been climbing for a while and was climbing at our age. He can maybe understand how we think about climbing.”

Race mentors his team to be better climbers but more importantly cares for them as people. He hopes to use his own life experiences to help steer them in the right direction.

“I think that he genuinely tries to care about people as individuals,” said the oldest member of the team Autumn Kerr, 16. “And I think that’s valuable as a coach because that’s a very redeeming quality in coaches.”

As the season progresses, Race continues to groom the young athletes to be the best climbers they can be, but more importantly, he strives to be a prime example of a decent human being.

“I don’t think there’s one thing, one trademark statement that would ever stick,” said Race. “The best I can do is to provide as much positive experiences where they can always feel comfortable coming to me to ask for advice or that they can look at me as someone they can take as a role model.” 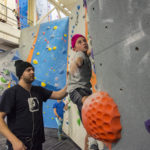 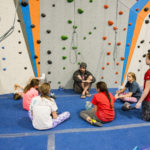 Race talks to the team about the rules of an upcoming competition and how they will prepare. Although when the kids aren’t on the rock wall, Race makes sure to check how they are doing at school and at home. 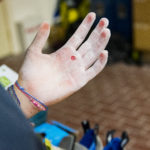 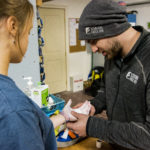 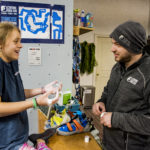 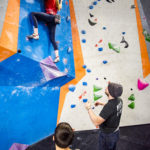 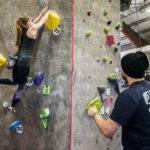 The Central Rock Gym Syracuse (CRG) youth team head coach, Evan Race, spots CRG competitive climber, Autumn, while she performs a dynamic move on one of her final climbs during a local USA Climbing bouldering competition at The Rock Club in New Rochelle, N.Y. Autumn is one of two CRG climbers who has qualified for the New England West regional competition by placing in the top three in at least two local competitions. 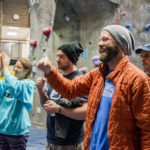 Staff and family members from CRG cheer after one of the kids complete a route during the final minutes of the event. Every athlete on the team qualified for regionals by placing in the top 20 in at least two competitions. 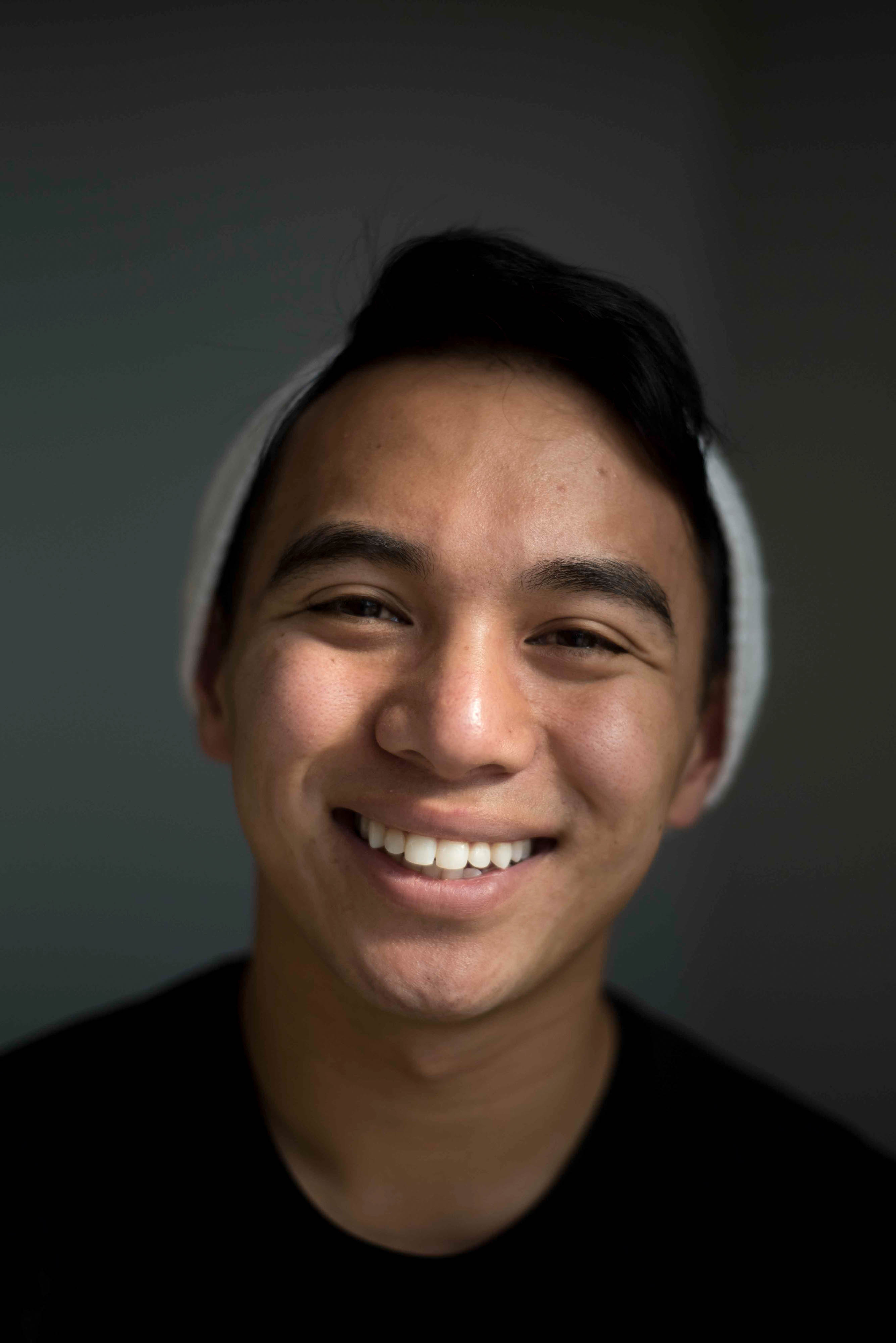